This CD is the product of a National Endowment for the Arts American Masterpieces award to New Mexico Arts to showcase the traditional folk music of New Mexico in communities where it is not typically heard.

Concerts of Hispanic, Native American, and Western folk music were held in Gallup, Raton, and Socorro respectively. This CD features live recordings of the highlights of those concerts. 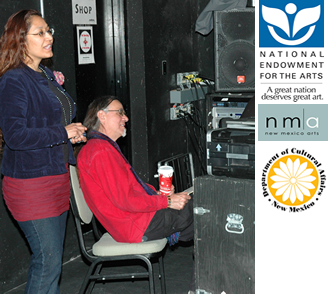